Keep Your Laws Off Our Bawdies!

Supper time on Monday, I received a report from my brilliant activist friend (and sex worker) in Ottawa, who was at the House of Commons: “I'm here now. Parliament just passed Bill C-75 and repealed Canada’s bawdy-house laws!” There was a moment of disbelief. 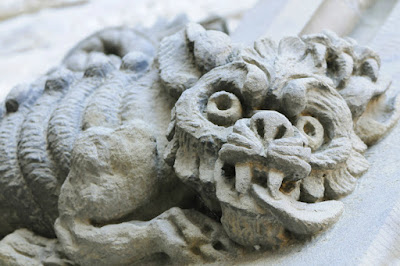 On December 3, 2018, the third reading of Bill C-75 passed in the House of Commons (after an amendment from the NDP) repealed Criminal Code section Bawdy House for Purposes of Indecent Acts completely. This historic moment would remove Canada’s last archaic law against prostitution, used to target gay bathhouses in the 1970s and ‘80s resulting in hundreds of arrests.

Bill C-75 is now on its way to the Senate (where it may be subject to further amendments) before being passed into law. The huge omnibus bill, which aims to modernize the Criminal Code and streamline the court system, has been subject to much criticism from both community activists and pundits alike. Some of these criticisms include:

Bill C-75 is HUGE—202 pages! (Read it here: An Act to amend the Criminal Code, the Youth Criminal Justice Act and other Acts and to make consequential amendments to other Acts.)

Second Reading of Bill C-75 back in March 2018 only amended the bawdy-house provisions in the Criminal Code and did not repeal it, which meant that conviction records under the law could not be expunged. Activists prepared a joint statement and asked sex-work organizations to sign on. (Bill C-75: Joint Statement on the repeal of Criminal Code laws used against LGBTQ2S+ people and sex workers)

The Liberal government did not want to fully repeal Canada's bawdy-house laws. It was only due to pressure from the gay and lesbian historians group, a network of queer, trans, sex-worker and HIV groups, and NDP MP for Victoria, Murray Rankin's motion that Bill C-75 was amended to fully repeal sections 210, 211 (transporting to a common bawdy house) and the Bawdy House heading, as well as the Vagrancy Act, from the Criminal Code.

Keeping a Brothel is Still Illegal!

Just to be clear, this does not mean keeping a brothel is now legal in Canada. This has no effect on the new 2014 Criminal Code laws (under section 286) enacted by the Harper government's Protection of Communities and Exploited Persons Act (PCEPA).

This may not seem like big sex-work news. After all, the Supreme Court of Canada Bedford decision struck down the bawdy-house section on prostitution in 2013, along with the communicating and living on the avails laws. However, PCEPA did NOT repeal the bawdy-house section, which included offences for indecent acts, used against gay bathhouses, swingers, sex clubs etc., and anywhere else more than two persons are present.

Sex workers' fight against Canada's bawdy-house laws is as old as Canada itself. Following Confederation in 1867, the newly created federal government passed The Vagrancy Act which made the following liable to arrest: “common prostitutes; keepers of bawdy houses and houses of ill-fame; frequenters of such houses; and all persons who support themselves in whole or in part by the avails of prostitution.”

A common bawdy house was defined as: “a house, room, set of rooms or place of any kind for purposes of prostitution.” The bawdy-house section was repealed and a new one enacted in 1907 with the same terms but with the addition at the end, of the words “or occupied or resorted to by one or more persons.” In 1917, An Act to Amend the Criminal Code added to the bawdy-house section “or for the practice of acts of indecency.”

In 1939, the Supreme Court of Canada ruled that single persons using their own premises for prostitution were indeed keeping common bawdy houses. The Supreme Court Justices in the case of The King v. Betty Cohen stated that the Criminal Code section 225, added in 1907, “clearly cover the circumstances in the present case where there was not an isolated act of fornication but a habitual occupation of the room for the purposes of prostitution.”

In 1967, the Supreme Court of Canada heard a case where the appellant, Patricia Patterson, was convicted of keeping a common bawdy house. The Supreme Court acquitted her, and had this to say:

“There was no evidence in the record that the home had ever been used for the purpose of prostitution or the practice of acts of indecency. It had no such reputation nor was there any evidence of undue traffic to or from the premises.”

The arrests were the result of an undercover police sting where the officer propositioned Ms Patterson by telephone, asking her to procure another girl, and to make arrangements for a suitable place to entertain him and three other undercover officers. Money exchanged hands and once the girls had removed some of their clothing, they were arrested. As a result of the Supreme Court aquittal, from then on police had to prove “habitual use.” (Read Patterson v. The Queen.)

Following the gay bathhouse riots in Toronto in 1981, a committee was formed to fight Canada's bawdy-house laws. The Right To Privacy Committee decided to challenge not only the “indecent acts” section of the bawdy-house law, but the bawdy-house law in its entirety, according to an article in The Body Politic by Chris Bearchell, “Making Allies Among Indecent Activists”:

“With the bawdy-house laws, police have hit upon a formula that works for gay men, hookers and swingers. And they're using it extensively, quite possibly to create the sense that the law is being enforced impartially. It is affecting hundreds of individuals in dozens of cities. In many of these cases, people were charged with acts of indecency as well as for prostitution-related offences.”

In subsequent court challenges in the years that followed however (such as R. v. Skinner, 1990), the Supreme Court of Canada upheld the bawdy-house law, until the prostitution section under bawdy-house law was struck down in 2013 in Canada v. Bedford.


This is cause for a celebration! This historic moment could see the last of Canada’s archaic colonial laws prohibiting prostitution finally removed from the Criminal Code of Canada. Thank you amazing activists who made this happen! A big shout out to the gay and lesbian historians group who spearheaded this win, and to all the other organizations that took part.