OPEN LETTER AGAINST TRANSMISOGYNY AND ANTI-SEX WORK RHETORIC IN VANCOUVER 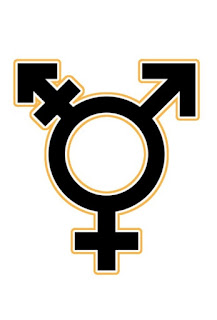 In the wake of a protest and open letter by sex workers, trans women, people of colour, queers, and people in solidarity with them that demanded changes to the structure and content of a local space opened by individuals with a history of transphobic and anti-sex worker practices, we have witnessed widespread and targeted expressions of transmisogyny and anti-sex worker rhetoric.

In light of this, many of our energies have been diverted into a campaign against individual protesters, instead of much needed conversation around the high rates of discrimination, violence, and harassment that is caused to trans women, and how the criminalization of sex workers, clients and third parties in the sex industry contravene sex workers’ rights to safety and self-determination.

Thus:
● We advocate for actions and initiatives that centre and are led by trans women and sex workers. We commit to creating broader public understanding of the harmful consequences of transmisogyny and anti-sex worker sentiments. We support the rights of trans women and sex workers to resist spaces and organizations that are unsafe to them. We value their voices and testimonies.

● We denounce hypocritical and opportunistic uses of the term inclusivity. Genuinely inclusive initiatives must demonstrate accountability and actively give power back to marginalized people. We will not be misled by fraudulent claims while transmisogyny and sex worker phobia proliferate unchecked.

● We recognize that transmisogyny and sex worker phobia are inextricable from the same systems that uphold settler-colonial violence, racism, xenophobia, Islamophobia, misogyny, ableism, and homophobia.

As a result of toxic ideologies, trans women and sex workers have been outed, attacked, and denied rightful access to housing, safe spaces, and social services. We will not stand idle while their lives and safety continue to be put at risk.

SIGNATORIES
Please email swtw.openletter@gmail.com to add your name or your organization’s name to this letter.