Save these dates! Join the action! Make friends! Be a part of the solution! Kick ass! 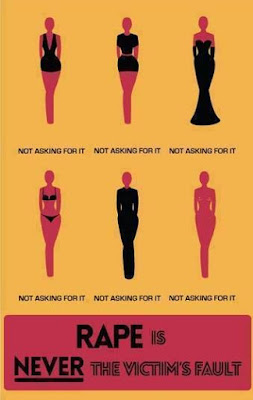 The first SlutWalk rally in Toronto in 2011 lit the spark for grassroots action in over 200 countries worldwide, where organizers have rallied communities for marches against victim-blaming. Some of these marches have been called SlutWalks, others have taken locally-driven names; all have been a part of international, collective action against victim-blaming in support of survivors of sexual violence.

Participants protest against explaining or excusing rape by referring to any aspect of a woman's appearance, and call for an end to rape culture. The rallies began after Constable Michael Sanguinetti, a Toronto Police officer, suggested that "women should avoid dressing like sluts" as a precaution against sexual assault.

The protest takes the form of a march, mainly by young women, where some dress as "sluts" in revealing attire. In the various Slutwalks around the world, it is usual to find speaker meetings and workshops, live music, sign-making sessions, leafleting, open microphones, chanting, dances, martial arts, and receptions or after-parties with refreshments.

Note: This event will have already passed by the time this post is sent to subscribers. My apologies. - Annie

On June 13, sex workers together with their allies, families and friends are coming out for our 3rd Annual Red Umbrella March for Sex Work Solidarity.

Again this year, the event will show public support for sex workers in their courageous fight against the Harper government's new unjust prostitution laws. In December, 2013, The Supreme Court of Canada struck down Canada's prostitution laws (bawdy house, living on the avails and communicating in public). 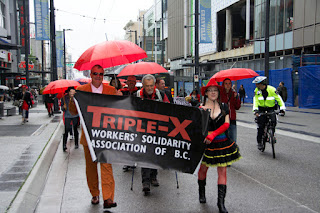 To even discuss obtaining sexual services with anyone in any place - including on the telephone or Internet - is now a crime, leaving our clients vulnerable to police entrapment stings. Anyone who receives any material benefit - derived directly or indirectly - is also guilty of a crime. It is now a crime to live with or regularly be in the company of a sex worker. As well, any material - visual representation or written - that advertises sexual services is outlawed.

These new laws violate our Charter of Rights and Freedoms - including our right to associate with others - and will force sex workers into an environment of crime where our rights are not protected.

Beginning at 2:30, the rally will feature speakers at the Vancouver Art Gallery (Robson Street plaza) and will be followed by a march starting at 3 p.m. Speakers will be available before the rally to answer questions from the media. The march will travel through Vancouver's Downtown Eastside to CRAB Park.

Participants are encouraged bring a red umbrella: the symbol of the global sex workers' rights movement. All are invited to dress up, wear a sexy costume, or wear red. The Red Umbrella March is part of a national day of action, with similar events taking place in cities across Canada, including in Montreal, Québec City, Saint John's, Toronto, Vancouver, Victoria and Winnipeg.

Visit triple-x.org or our Facebook event page for more details. 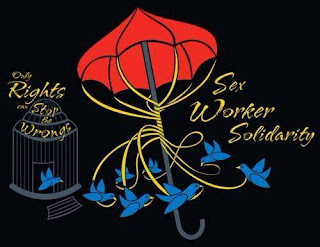 Join us for the National Day of Action for Sex Workers' Rights!

There will be a picnic with food, speakers, & performances. 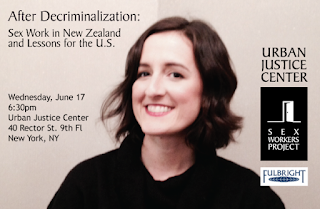 JOIN THE SEX WORKERS PROJECT TO LEARN ABOUT DECRIMINALIZATION OF SEX WORK!

Sienna Baskin, Co-director of the Sex Workers Project at the Urban Justice Center and Fulbright US Scholar, will present on findings from her recent research in New Zealand. In 2003, New Zealand was the first nation in the world to decriminalize prostitution. Hosted by University of Otago and the New Zealand Prostitutes Collective, Sienna reviewed the political, cultural and legislative history of this law and interviewed sex workers, government officials, researchers and NGO's on its effects on sex workers and communities. She will offer recommendations based on her findings to promote the human rights of sex workers and survivors of human trafficking in the United States.

Space is limited, register today for this free event! 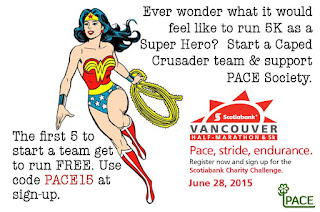 Please show your support by sponsoring our team or creating your own team. If you're interested in running or have more questions, please contact Laura Dilley at pace-admin@telus.net.

If running is not your thing, please consider making a one-time or monthly donation. PACE is always looking for gently used clothing for our clothing room, which provides free clothing to our members. Toiletries, such as shampoo, lotions, makeup, and other accessories, are also always needed.