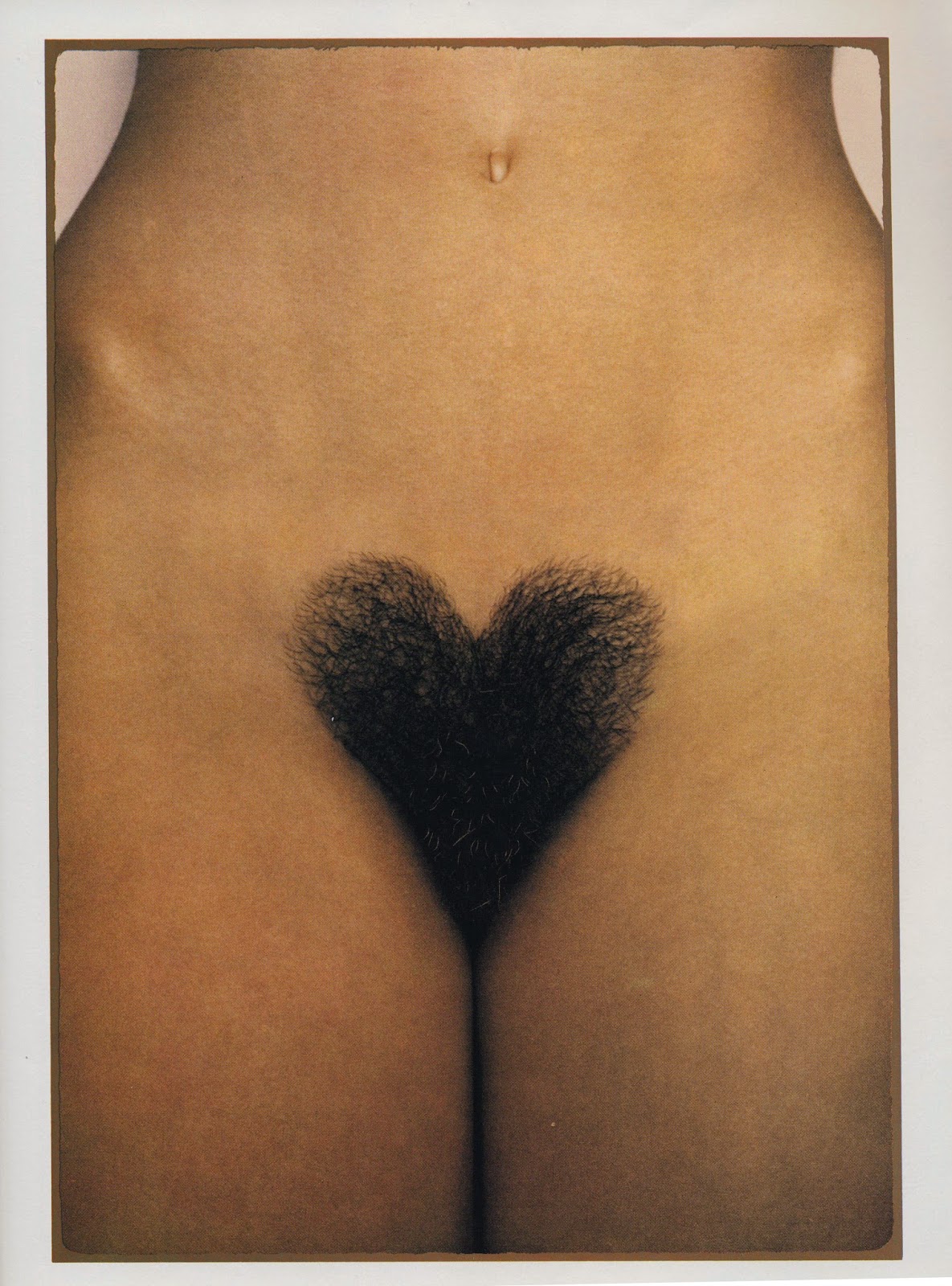 The topic of pubic hair is an important one, especially for those in the adult entertainment industry. Annie Temple, an exotic dancer, sheds light on this in her poem:

T’was my first time up on stage
No one showed me how to shave
Mullet Pussy
I was trim all up in front
But my bush covered my cunt
Mullet Pussy...

Vast amounts of money and time get invested into pubic hair; trends have ranged from wearing merkins, getting electrolysis, to modern-day Brazilian waxing rituals with “vagacial” aftercare procedures (Hartmann).

I have heard people state that pubic hair removal promotes pedophilia to make genitalia look pre-pubescent, and have also seen people cringe when they observe 'too much' body hair, deeming it to be unhygienic or unappealing.

This practice of observing and imposing ideals with respect to body hair affects those working within the adult entertainment industry and also those in mainstream society, as people are faced with these culturally constructed norms around 'proper' grooming of their nether-regions.

Massimo has a refreshing blog writing style with high-spirited banter, making light of topic matter that is often considered crude or embarrassing. The comical writing style in Massimo's blog-post provides context to the trends around body hair because although pubic hair is something people invest time and money into, it's often not talked about.

Body hair removal was a technical industry strategy to see the genitals better as well as a response to shrinking bathing suits (Massimo). The popular term 'manscaping' indicates that pube-removal is a norm that is non gender-specific (Massimo).

Hair removal also benefits performers as it prevents hair from getting in mouths during oral sex scenes (Massimo). In Massimo's humorous yet down-to-earth way, he questions whether 'manscaping' is done to make the penis look larger, which in my opinion is the case.

Massimo also mentions that the fallen economy has impacted hair removal trends, and this is unbelievable with the many advertisements for vagazzling and male grooming products like the Braun cruZer (XX).

There is a market for everything in the industry, and accommodations need to be made for consumers who desire hair. Will the mainstream public follow suit with the new hairy trend?