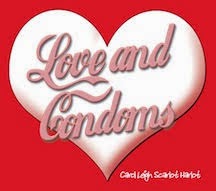 To date, the Sex Worker Festivals have screened nearly three hundred works and generated much interest in the media. In addition, the Festival presents performances and events. Performances include spoken word marathons, bus and bicycle tours highlighting San Francisco history, theatrical productions and cabarets featuring Bay Area performers. In 2005 Whore College was launched in conjunction with the Sex Worker Festival among other workshop formats including the Institute of

Guidelines-
Qualifying Entries:
Films and videos must be:
1) directed or produced by someone who has worked in the sex industries or
2) about any aspect of sex work.

Please note: We are interested in art, experimental work, music videos, narratives, documentaries and all works that challenge conventional stereotypes and stigma regarding prostitution and other forms of sex work.

Upon filmmakers consent, all such works will be included in our location-based library of films about sex work, available for researchers and activists. If your work does not fit into these categories, please don't submit it.

Entry forms are available online at our website. A separate application must accompany each work.

Deadline:
The deadline for the 2015 Festival is March 1, 2015, however later entries will be considered- see rate schedule below. (Please email us and let us know you sent it, or send us a link to the online video.) The festival will take place May 16-23 , 2015. The festival also sponsors ongoing screenings at festivals around the world and we accept work on an ongoing basis. Call 415-751-1659.

Entry Fees:
A separate entry fee and application form is needed for each work. The entry fees are:
Regular Deadline $10.00 for the first film or video, and $5.00 for each additional film or video.

Late Deadline (after March 1st) $15.00 for the first film or video, and $10.00 for each additional film or video.
Checks or money orders should be in U.S. funds. Entry fees will be waived based on financial need upon request. Fees are waived for makers in developing countries with no access to Sterling or US dollar currencies.
Formats:

Foreign language film and video should be made available with the original language soundtrack and English subtitles, however we will consider works in that have not been subtitled.

Judging:
Entries will be reviewed by a panel of sex worker film/video makers.

Mailing Information:Include address label on both tape and container. All submissions must be shipped prepaid and packed in proper containers to arrive at the Sex Worker Fest offices no later than 2 weeks before the festival or other screening dates (to be announced). DO NOT send films for preview. Do not send submissions in fiber-filled envelopes, as the dust damages equipment.

If a FILM is invited to participate, the film must be shipped prepaid, insured and packed in proper containers. The San Francisco Sex Worker Festival will be responsible for return shipping charges for 16 and 35mm films.
The Sex Worker Fest will not pay for international shipping for domestic films (USA). The Sex Worker Fest does not assume any liability for damage to prints due to improper containers or otherwise. 16 mm and 35 mm films (only) in our possession will be insured against damage or loss while participating in the festival.

Upon acceptance, film cassettes and videos sent from outside the United States must be accompanied by a commercial invoice or b&w, value of shipment and sender's name and address. Cassettes should be marked: 'For Festival Screening Only.'