Today We Remember and Rally 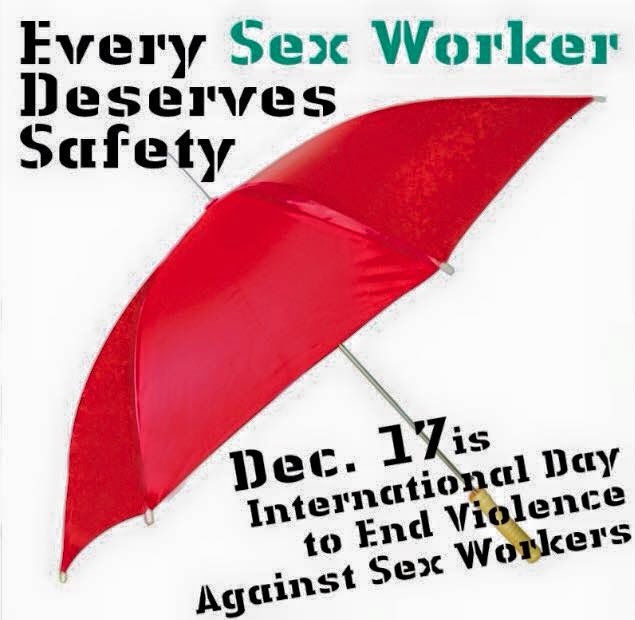 For December 17th, International Day to End Violence Against Sex Workers, I'd like to share a poem I wrote on Tuesday, December 11, 2007.

Guilty
And the trial ends
But the mourning continues for
Family and friends
Mona, Sereena, Andrea, Brenda, Georgina,
Marnie was my cousin's mom
Six of the numerous women
Now gone
And the preying continues
Even though one man's jailed
The fight to stop sex work
Has miserably failed
And other more effective
Ways to stop violence
Are sneered at and opposed
By "feminist" advisement
It's hard to stand by
While my comrades are murdered
Not by paying johns
As many have heard

It's not sex work that kills us
When we hit the streets
We're ignored like the blisters
We have on our feet
Watch me walk for my dinner,
My rent, my next hit
Watch me run from the killer,
The cops, the thrown shit
They all say I am trafficked
And yes it is true
But the people who move me
Are the boys in blue
They red zone me, arrest me,
There's no laws that protect
Not for me - I am nothing
My screams they neglect

Annie Temple is the stage and writing name of Trina Ricketts. Trina has 17 years experience as a striptease artist and 15 years as a sex worker rights activist, but she's been a rebel all her life. In 2000, she founded NakedTruth.ca to support other entertainers by reducing isolation, educating about health and safety, sharing information about gigs, challenging stereotypes, teaching etiquette to customers, and organizing in-person events for charity and to promote ethical businesses in the industry. Some of the groups and functions that Trina is associated with are Exotic Dancers for Cancer (now BoobaPalooza), The Naked Truth Adult Entertainment Awards, Trade Secrets Guide, BC Coalition of Experiential Communities, Canadian Union of Naked Trades, as well as several community sex worker supportive organizations. Trina is a mom of three, a lover of writing and dancing. Currently she continues to run NakedTruth.ca and recently she founded Digital Activist Media - a project to investigate digital activism strategies and share them with other change-makers. Trina's activism efforts have expanded to include many issues, but her main activities involve sex worker and health freedom rights.
Posted by TR at 8:13 AM